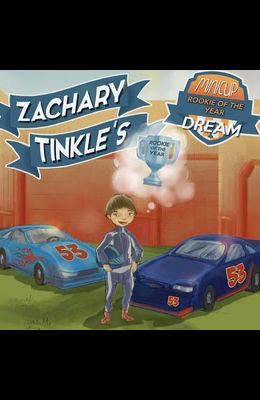 Picking up where Zachary Tinkle's MiniCup Decision left off, as soon as he shakes hands with the president of the super cup league, Zachary is asked what his goal is for the season. Without hesitation, he replies, Rookie of the Year Little did he know how much hard work and dedication it would take to achieve that goal. Zachary Tinkle's MiniCup Rookie of the Year Dream takes the reader through the trials and tribulations of Zachary's first racing season as the racer with a team that hadn't even so much as changed oil in a car before. It was an uphill battle to compete for 'Rookie of the Year' as an underdog in a highly competitive field. This book shows what a person can do with drive, persistence, team work, and an attitude of pressing forward when it feels like all is lost. It inspires people of all ages to pursue their dreams no matter what life throws their way.