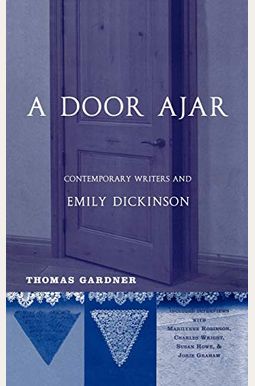 Thomas Gardner argues in this original study that we are just beginning, as a culture, to understand the far-reaching implications of Emily Dickinson's work. Looking at the way quite different writers have enacted and fleshed-out crucial aspects of her poetry, Gardner gives us a Dickinson for our times. Beginning with the work of Lucie Brock-Broido, Alice Fulton, Kathleen Fraser, and Robert Hass, Gardner moves on to analytical chapters and fully developed conversations with four writers in whose work he finds the fullest extension of Dickinson's legacy. The interviews with these four--Marilynne Robinson, Charles Wright, Susan Howe, and Jorie Graham--provide a particularly intimate look at writers at work.

0
|   0  reviews
Did you read A Door Ajar: Contemporary Writers and Emily Dickinson? Please provide your feedback and rating to help other readers.
Write Review

List of All Editions of A Door Ajar: Contemporary Writers and Emily Dickinson