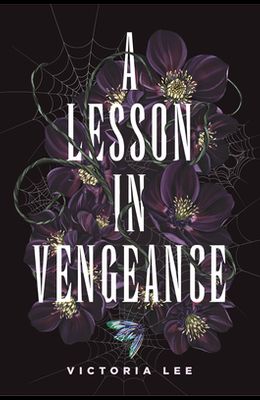 A Lesson in Vengeance

A dark, twisty thriller about a centuries-old, ivy-covered boarding school haunted by its history of witchcraft and two girls dangerously close to digging up the past. The dangerous romance and atmospheric setting makes it a perfect read for fans of dark academia.

The history of Dalloway School lives in the bones it was built on. Five violent deaths in the first ten years of its existence. Sometimes you can still smell the blood on the air. It wasn't until Felicity enrolled that she fell in love with the dark. And now she's back to finish her senior year after the tragic death of her girlfriend. She even has her old room in Godwin House, the exclusive dormitory rumored to be haunted by the spirits of the five Dalloway students who died there--girls some say were witches. It's Ellis Haley's first year at Dalloway. A prodigy novelist at seventeen, Ellis is eccentric and brilliant, and Felicity can't shake the pull she feels to her. So when Ellis asks for help researching the Dalloway Five for her second book, Felicity can't say no. Dalloway's occult lore is everywhere, and the new girl won't let Felicity forget it. But when the past begins to invade on the present, Felicity needs to decide where she stands. The soil under her feet is bloody with Dalloway's history. But so is the present. Is it Dalloway--or is it her?

Frequently Asked Questions About A Lesson in Vengeance

0
|   0  reviews
Did you read A Lesson in Vengeance? Please provide your feedback and rating to help other readers.
Write Review

List of All Editions of A Lesson in Vengeance