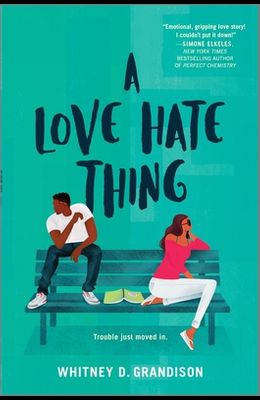 When they're stuck under one roof, the house may not be big enough for their hate.or their love.

When Tyson Trice finds himself tossed into the affluent coastal community of Pacific Hills, he's ready for the questions, the stares and the feeling of not belonging in the posh suburb. Not that he cares. After recovering from being shot and surviving the mean streets of Lindenwood, he doesn't care about anyone or anything. He doesn't even care how the rest of his life will play out. In Pacific Hills, image is everything. Something that, as the resident golden girl, Nandy Smith knows all too well. She's spent most of her life building the pristine image it takes to fit in. After learning that her parents are taking in a teen boy, Nandy fears her summer plans, as well as her reputation, will go up in flames. It's the start of summer vacation, and the last thing Nandy needs is some juvenile delinquent from the 'Wood crashing into her world. Stuck together in close quarters, Trice and Nandy are in for some long summer nights. Only, with the ever-present pull back to the Lindenwood streets, it'll be a wonder if Trice makes it through this summer at all.

0
|   0  reviews
Did you read A Love Hate Thing? Please provide your feedback and rating to help other readers.
Write Review

List of All Editions of A Love Hate Thing