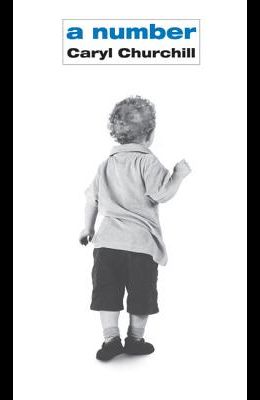 Caryl Churchill, hailed by Tony Kushner as the greatest living English language playwright, has turned her extraordinary dramatic gifts to the subject of human cloning--how might a man feel to discover that he is only one in a number of identical copies. And which one of him is the original. . . ?

Churchill's harrowing bioethics fable leaves us with a number of things to chew on. -Kris Vire, Time Out Chicago A Number confirms Churchill's status as the first dramatist of the 21st century. On the face of it, it is human cloning. Like all Churchill's best plays, A Number deals with both the essentials and the extremities of human experience. The questions this brilliant, harrowing play asks are almost unanswerable, which is why they must be asked. -Sunday Times Caryl Churchill's magnificent new play only last an hour but contains more drama, and more ideas, than most writers manage in a dozen full-length works. -Daily Telegraph Caryl Churchill has written for the stage, television and radio. A renowned and prolific playwright, her plays include Cloud Nine, Top Girls, Far Away, Drunk Enough to Say I Love You?, Bliss, Love and Information, Mad Forest and A Number. In 2002, she received the Obie Lifetime Achievement Award and 2010, she was inducted into the American Theater Hall of Fame.

Frequently Asked Questions About A Number

What should you read after A Number Book? Here is a list of books to read if you read and loved A Number

0
|   0  reviews
Did you read A Number? Please provide your feedback and rating to help other readers.
Write Review