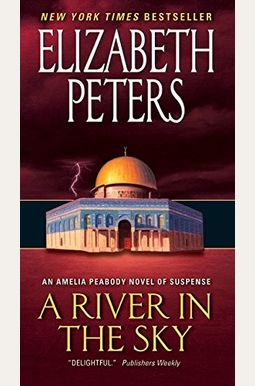 From New York Times bestselling author Elizabeth Peters comes one of her most baffling and intriguing mysteries in her phenomenally popular Amelia Peabody series.

August 1910. Banned from the Valley of the Kings, Amelia Peabody and husband Emerson are persuaded to follow would-be archaeologist Major George Morley on an expedition to Palestine. Somewhere in this province of the corrupt, crumbling Ottoman Empire--the Holy Land of three religions--Morley is determined to unearth the legendary Ark of the Covenant.

At the request of British Intelligence, Emerson will be keeping an eye on the seemingly inept Morley, believed to be an agent of the Kaiser sent to stir up trouble in this politically volatile land. Amelia hopes to prevent a catastrophically unprofessional excavation from destroying priceless historical finds and sparking an armed protest by infuriated Christians, Jews, and Muslims. Meanwhile, Amelia's headstrong son, Ramses, working on a dig at Samaria, encounters an unusual party of travelers and makes a startling discovery--information that he must pass along to his parents in Jerusalem.if he can get there alive.

0
|   0  reviews
Did you read A River In The Sky: An Amelia Peabody Novel Of Suspense (Amelia Peabody Series)? Please provide your feedback and rating to help other readers.
Write Review