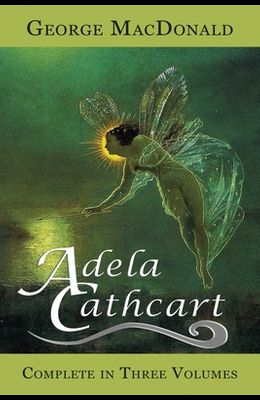 George MacDonald (1824-1905) was a Scottish minister who is widely recognized as the most influential fantasist of the nineteenth century. His many works include Phantastes, Lilith, The Princess and the Goblin, and The Gifts of the Child Christ.

In Adela Cathcart, MacDonald writes about a group of friends who nurse a sick young woman back to health by meeting together to tell stories. In the vein of The Canterbury Tales, the many legends and ballads they invent include some of MacDonald's richest and most original writing. The most famous of these stories include:

The Light Princess. A child is cursed with an inability to recognize anything serious or sorrowful in life, but can only find happiness by learning to weep.

The Shadows. A man is transported to the kingdom of fairies and beholds how these dark spirits work to spread happiness and consolation through the world.

The Giant's Heart. A deathless giant with no heart in his body captures six princes and their wives in his enchanted castle. The youngest brother of the princes goes on a quest to rescue them by finding the hiding place of the giant's heart.

The collection also includes The Broken Swords, The Cruel Painter, The Castle, My Uncle Peter, A Child's Holiday, and Birth, Dreaming, Death.

0
|   0  reviews
Did you read Adela Cathcart (Complete in Three Volumes)? Please provide your feedback and rating to help other readers.
Write Review

List of All Editions of Adela Cathcart (Complete in Three Volumes)