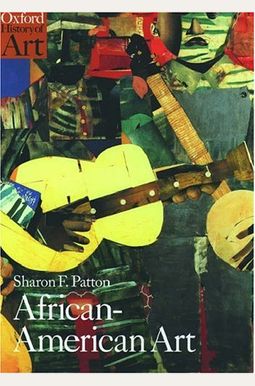 From its origins in early eighteenth century slave communities to the end of the twentieth century, African-American art has made a vital contribution to the art of the United States. African-American Art provides a major reassessment of the subject, setting the art in the context of the African-American experience. Here, Patton discusses folk and decorative arts such as ceramics, furniture, and quilts alongside fine art, sculptures, paintings, and photography during the 1800s. She also examines the New Negro Movement of the 1920s, the era of Civil Rights and Black Nationalism during the 1960s and 70s, and the emergence of new black artists and theorists in the 1980s and 90s.

New evidence suggests different ways of looking at African-American art, confirming that it represents the culture and society from which it emerges. Here, Patton explores significant issues such as the relationship of art and politics, the influence of galleries and museums, the growth of black universities, critical theory, the impact of artists collectives, and the assortment of art practices since the 1960s. African-American Art shows that in its cultural diversity and synthesis of cultures it mirrors those in American society as a whole.

0
|   0  reviews
Did you read African-American Art (Oxford History of Art)? Please provide your feedback and rating to help other readers.
Write Review