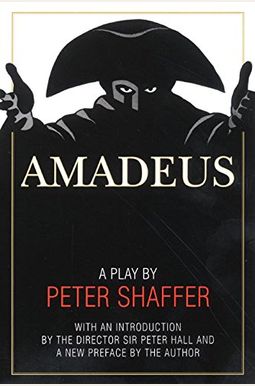 Ambition and jealousy - all set to music. Devout court composer Antonio Salieri plots against his rival, the dissolute but supremely talented Wolfgang Amadeus Mozart. How far will Salieri go to achieve the fame that Mozart disregards? The 1981 Tony Award winner for Best Play.

Recorded before a live audience at the UCLA James Bridges Theater in September, 2016.

Simon Templeman as Joseph I

0
|   0  reviews
Did you read Amadeus? Please provide your feedback and rating to help other readers.
Write Review