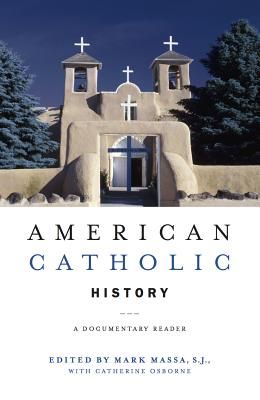 Catholics were among the early Spanish explorers to the New World, and they have a long and rich history in the United States. By taking account of significant letters, diaries, theological reflections, and other primary documents, we can listen to the voices of what real Catholics in this country have thought, believed, feared, and dreamed.

American Catholic History makes available original documents produced in North America from the earliest missionary voyages in the sixteenth century up to the present day. The texts have been selected to illuminate the complex history, beliefs, and practices of what has become North American Roman Catholicism. They are prefaced by brief editorial introductions which provide historical and biographical context for the texts. They illuminate broad themes in the development of the tradition, from its grappling with new frontiers to its long-time status as outside mainstream culture, and from its intellectual life and political engagement to patterns of worship and spirituality.

American Catholic History offers an overview of the American Catholic experience from both the top down of institutional and intellectual history as well as from the bottom up of social, devotional, women's and ethnic histories.

0
|   0  reviews
Did you read American Catholic History: A Documentary Reader? Please provide your feedback and rating to help other readers.
Write Review

List of All Editions of American Catholic History: A Documentary Reader