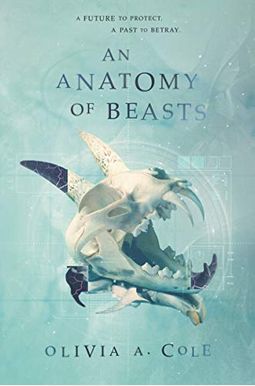 An Anatomy Of Beasts

In the dazzling sequel to acclaimed author Oliva A. Cole's YA sci-fi/fantasy debut, A Conspiracy of Stars, Octavia's search to uncover the truth grows more dangerous as she becomes determined to protect her planet's fate. This series is perfect for fans of Amie Kaufman, Veronica Roth, and Pierce Brown

In the forty years since the Vagantur landed on Faloiv, the planet has existed in a tenuous peace between the humans who live in the enclosed community of N'Terra and the Faloii, the indigenous population. But after uncovering the shadowy secrets of the Council's newly elected leader and helping a kidnapped Faloii man escape, sixteen-year-old Octavia knows that conflict is looming.

Then the Faloii discover the N'Terran's latest experiment: an artificially weaponized creature, and Octavia realizes that it's up to her to prevent her people from causing any further destruction.

As she and her friends set out to understand the scope of humanity's history, nothing can prepare them for what they discover about both their home on Faloiv and the Origin planet. With war on the brink, Octavia must act to change her people's future before the natural balance on the planet shifts forever.

Frequently Asked Questions About An Anatomy Of Beasts

Faloiv Series In Order - By Cole O A

0
|   0  reviews
Did you read An Anatomy Of Beasts? Please provide your feedback and rating to help other readers.
Write Review

List of All Editions of An Anatomy Of Beasts