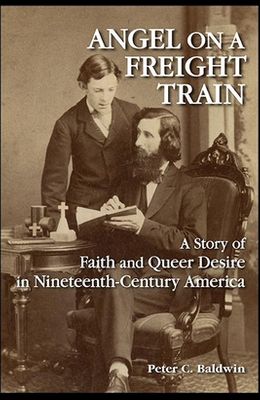 Angel on a Freight Train

Angel on a Freight Train examines the experiences of Samuel Edward Warren (1831-1909), a teacher and college professor in Troy, New York, who struggled to reconcile his same-sex erotic desires with his commitment to a Christian life. Unlike twenty-first-century evangelicals who try to pray the gay away, Warren discerned no fundamental conflict between his faith and his attraction to younger males. Growing up in the antebellum Northeast, in a culture that permitted and even celebrated emotional bonds between men, he strove to build emotionally intense relationships in many overlapping forms--friendship, pedagogy, evangelism, and romance--which allowed him to enjoy intimacy with little effort at concealment. However, as he passed into mature manhood and built a prestigious career, Warren began to feel that he should have grown out of romantic friendships, which he now feared had become emotionally and physically excessive.

Based on Warren's deeply introspective and previously unexplored diaries, Angel on a Freight Train traces his youthful freedom and sensuality, his attempt to join with younger men in a spirit of loving mentorship, and, finally, the tortured introspection of a man whose age seemed to shut him out from an idyllic lost world. In the end, Warren came to believe rather sorrowfully in a radical division between his angelic, ideal self and what he called the freight train of animal life below.

Frequently Asked Questions About Angel on a Freight Train

0
|   0  reviews
Did you read Angel on a Freight Train? Please provide your feedback and rating to help other readers.
Write Review

List of All Editions of Angel on a Freight Train