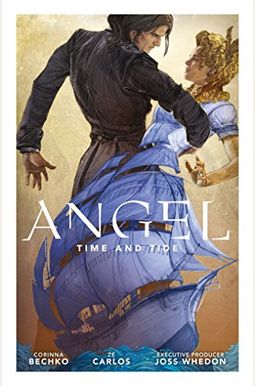 On a time-traveling mission to prevent an impending disaster, Joss Whedon's ensouled vampire confronts his past self aboard a ship filled with zombies and a dangerous treasure.

Chasing a vision that links his shameful past with impending doom, Angel reluctantly uses the time-traveling power of Fred's alternate form, the goddess Illyria. Not quite sure what will bring changes to the future with only pieces of Angel's vision to guide them, they find themselves aboard a cargo ship on the high seas. With Angel's past self, Angelus, and his vampire companion, Darla, aboard the ship, Angel and Fred try to keep hidden as Angel begins to remember this voyage that was filled with slaughter and held a mysterious treasure that sank to the bottom of the sea along with the ship. Believing that the treasure holds some key to saving the future, the pair focus on finding it. But the treasure is revealed to be dangerous, and soon Angel and Fred are facing bugs, zombies, and Angelus . . . amid a pirate attack. Collects issues #5-#8 of Angel Season 11 comic series.

0
|   0  reviews
Did you read Angel Season 11 Volume 2? Please provide your feedback and rating to help other readers.
Write Review