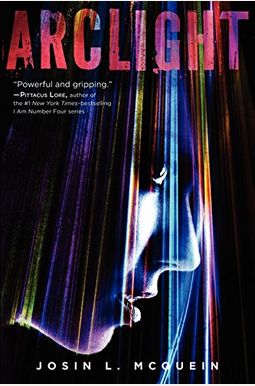 The Arclight is the last refuge in a post-apocalyptic world consumed by terrifying creatures called the Fade. No one crosses the wall of light that keeps the last human survivors safe. There's nothing else left and nowhere to go. Or so they thought, until Marina, a lone teenage girl, stumbles out of the Dark.

Marina doesn't remember who she is, where she came from, or how she survived. And the Fade want her back. When one of them infiltrates the compound and recognizes Marina, she begins to unlock secrets she didn't even know she had. Marina knows she's an outsider, but she'll do anything to protect those who saved her. Whether they want her help or not.

0
|   0  reviews
Did you read Arclight? Please provide your feedback and rating to help other readers.
Write Review