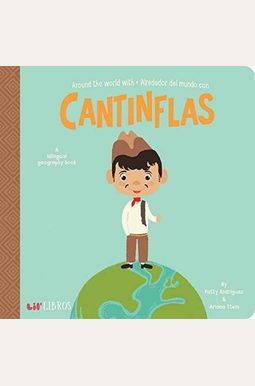 Inspired by one of the world's most iconic comedians, Mario Moreno (better known as the inquisitive Cantinflas), this book will take little ones around the world while introducing them to their first English and Spanish words. Travel with the curious Cantinflas through Los Estados Unidos by train, through France on a hot air balloon, and through magical Brazil.

0
|   0  reviews
Did you read Around The World With Cantinflas / Alrededor Del Mundo Con Cantinflas: A Lil' Libros Bilingual Geography Book (English And Spanish Edition)? Please provide your feedback and rating to help other readers.
Write Review

List of All Editions of Around The World With Cantinflas / Alrededor Del Mundo Con Cantinflas: A Lil' Libros Bilingual Geography Book (English And Spanish Edition)