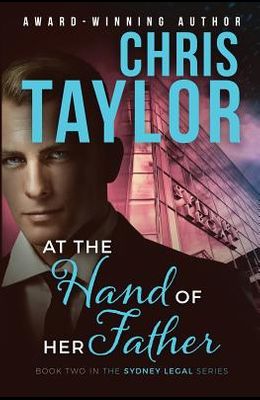 At the Hand of Her Father: Book Two in the Sydney Legal Series

Blake Harton Junior has it all.

With good looks, brains and charm, at just thirty-three he's a partner in his grandfather's prestigious law firm with an enviable success rate for winning even the most challenging criminal law cases. Then he agrees to represent Ian Johnson, a man accused of murdering his child.

Natalie Johnson is the mother of the little girl who was murdered by her father. A bitter custody battle has tipped her ex-husband over the edge. Overwrought with the knowledge she couldn't keep her baby safe, Natalie takes comfort in the criminal charges laid against her ex. The police assure her he'll be put away for life. It's small recompense for the loss of her daughter, but it's something.

Then she discovers her ex is being represented by none other than Blake Harton Junior and her world is turned upside down once again. Harton has a reputation for being a ruthless lawyer who will stop at nothing to win and he has the success record to prove it.

When Natalie comes face to face with Blake Harton Junior, she's taken aback by his good humor and charm, not to mention his looks. If they'd met under different circumstances, she might even find him attractive. But there's no hiding the fact he's representing her murderous ex-husband and the charismatic lawyer intends to do everything in his power to set her ex free.

How can she fall for a man who thinks it's acceptable for a child murderer to go unpunished?

Frequently Asked Questions About At the Hand of Her Father: Book Two in the Sydney Legal Series

0
|   0  reviews
Did you read At the Hand of Her Father: Book Two in the Sydney Legal Series? Please provide your feedback and rating to help other readers.
Write Review

List of All Editions of At the Hand of Her Father: Book Two in the Sydney Legal Series