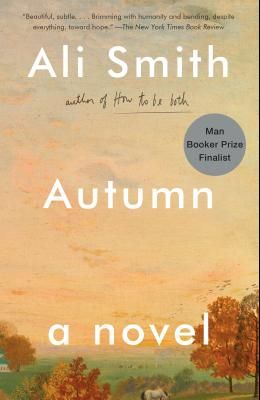 Autumn. Season of mists and mellow fruitfulness. That's what it felt like for Keats in 1819. How about Autumn 2016? Daniel is a century old. Elisabeth, born in 1984, has her eye on the future. The United Kingdom is in pieces, divided by a historic, once-in-a-generation summer. Love is won, love is lost. Hope is hand-in-hand with hopelessness. The seasons roll round, as ever. Ali Smith's new novel is a meditation on a world growing ever more bordered and exclusive, on what richness and worth are, on what harvest means. It is the first installment of her Seasonal quartet--four stand-alone books, separate yet interconnected and cyclical (as the seasons are)--and it casts an eye over our own time. Who are we? What are we made of? Shakespearean jeu d'esprit, Keatsian melancholy, the sheer bright energy of 1960s pop art: the centuries cast their eyes over our own history making. Here's where we're living. Here's time at its most contemporaneous and its most cyclic. From the imagination of the peerless Ali Smith comes a shape-shifting series, wide-ranging in time-scale and light-footed through histories, a story about aging and time and love and stories themselves.

What should you read after Autumn Book? Here is a list of books to read if you read and loved Autumn

0
|   0  reviews
Did you read Autumn? Please provide your feedback and rating to help other readers.
Write Review