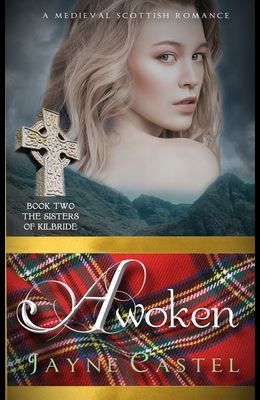 A novice nun stolen away by a ruthless clan-chief. The warrior who must turn his back on everything to save her. The emotional tale of a woman in jeopardy and a reformed rogue in Medieval Scotland.

Leanna MacDonald never wanted to become a nun-but it was the only way her father could protect her from the attentions of a cruel man who wanted her as his wife. However, when Leanna's father unexpectedly dies, her recently widowed former suitor decides he will have her no matter the cost.

Ross Campbell has served Clan-chief MacKinnon loyally for years. But his allegiance is tested when MacKinnon orders him to steal a novice nun away from Kilbride Abbey. Ambitious and arrogant, Ross has worked hard to gain his position as MacKinnon's right-hand. He doesn't want to tear this young woman away from her cloistered existence, yet he won't risk everything he's worked so hard to obtain.

Leanna's abduction is the turning point in Ross's life. He soon realizes that MacKinnon will ruin this brave, spirited young woman-and when she pleads with him for help, Ross must make a decision. How far will he take his loyalty to a man who doesn't deserve it?

AWOKEN is the dramatic second installment in The Sisters of Kilbride series set in 14th Century Isle of Skye, Scotland.

0
|   0  reviews
Did you read Awoken: A Medieval Scottish Romance? Please provide your feedback and rating to help other readers.
Write Review

List of All Editions of Awoken: A Medieval Scottish Romance