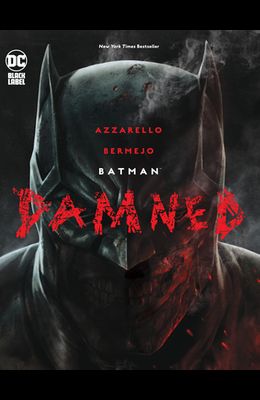 Part of the Oxford Handbooks in Philosophy Series
by
Brian Azzarello and Lee Bermejo
$24.99
Select Format

The Joker has been murdered. His killer is a mystery. Batman is the World's Greatest Detective. But what happens when the person he is searching for is the man staring back at him in the mirror? THE JOKER IS DEAD. There is no doubt about that. But whether Batman finally snapped his scrawny neck or some other sinister force in Gotham City did the deed is still a mystery. Problem is, Batman can't remember.and the more he digs into this labyrinthine case, the more he starts to doubt everything he's uncovering. So who better to set him straight than.John Constantine? The problem with that is as much as John loves a good mystery, he loves messing with people's heads even more. So with John's help, the pair will delve into the sordid underbelly of Gotham as they race toward the mind-blowing truth of who murdered the Joker. Batman: Damned is a groundbreaking supernatural horror story told by two of comics' greatest modern creators: Brian Azzarello (Dark Knight I: The Master Race, 100 Bullets) and Lee Bermejo (Hellblazer, Joker). This hardcover volume collects Batman: Damned #1-3 and features a behind-the-scenes extras gallery with an afterword by Brian Azzarello. NOTE: Enhanced cover will only be on first printing copies

Oxford Handbooks in Philosophy Series In Order - By Brian Azzarello

0
|   0  reviews
Did you read Batman: Damned? Please provide your feedback and rating to help other readers.
Write Review