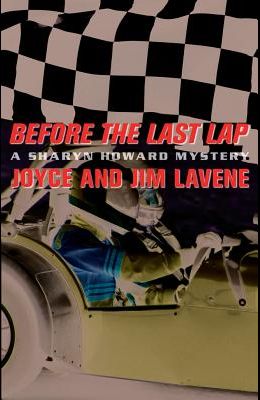 Before The Last Lap

This time the mystery for Sheriff Sharyn Howard and her Diamond Springs deputies hits a little bit closer to home. After a speeding boat flies up over the pier and onto the street, the sheriff's department investigates. They become personally involved when the pocketbook of Sharyn's assistant, Trudy Robinson, is found on the boat--along with a lot of blood. Trudy has been missing for days, and things don't look promising.

While combing the crime scene at the boat a dead body washes up beside the pier. Upon discovering that the dead man was the head mechanic for a local racecar driver, Sharyn's investigation turns to the speedway. Could legendary driver Duke Beatty be the one behind it all? Sharyn has her suspicions.

Trudy is found unharmed at the speedway at the same time that Duke is shot and killed, and it appears that she may be the murderer. Trudy's husband, Ed, one of Sharyn's deputies who also happened to be on the scene at the time, tries to protect his wife by claiming that he is guilty of shooting Duke.

Now Sharyn must prove that Ed is innocent while also trying to find the real culprit.

Frequently Asked Questions About Before The Last Lap

0
|   0  reviews
Did you read Before The Last Lap? Please provide your feedback and rating to help other readers.
Write Review

List of All Editions of Before The Last Lap