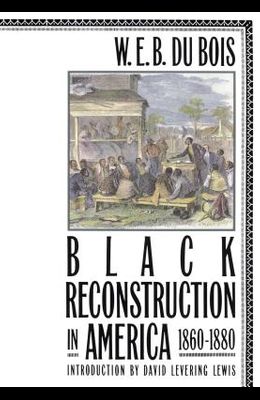 After four centuries of bondage, the nineteenth century marked the long-awaited release of millions of black slaves. Subsequently, these former slaves attempted to reconstruct the basis of American democracy. W. E. B. Du Bois, one of the greatest intellectual leaders in United States history, evaluates the twenty years of fateful history that followed the Civil War, with special reference to the efforts and experiences of African Americans.

Du Bois's words best indicate the broader parameters of his work: the attitude of any person toward this book will be distinctly influenced by his theories of the Negro race. If he believes that the Negro in America and in general is an average and ordinary human being, who under given environment develops like other human beings, then he will read this story and judge it by the facts adduced.

The plight of the white working class throughout the world is directly traceable to American slavery, on which modern commerce and industry was founded, Du Bois argues. Moreover, the resulting color caste was adopted, forwarded, and approved by white labor, and resulted in the subordination of colored labor throughout the world. As a result, the majority of the world's laborers became part of a system of industry that destroyed democracy and led to World War I and the Great Depression. This book tells that story.

0
|   0  reviews
Did you read Black Reconstruction in America 1860-1880? Please provide your feedback and rating to help other readers.
Write Review

List of All Editions of Black Reconstruction in America 1860-1880