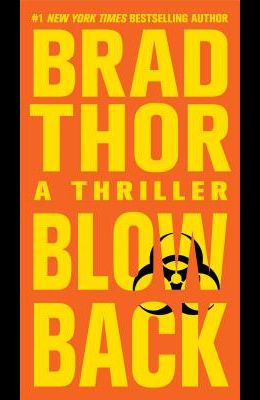 Never before on CD and at a great price When a mysterious new weapon tips the balance against American and allied forces throughout the Middle East, the only person the president can call for help is the man the administration just fired--NAVY Seal turned covert Homeland Security operative, Scot Harvath.

Caught live on Al Jazeera in an off-the-books operation, Scot Harvath is forced to go to ground, as a senator with presidential aspirations turns her sights on the White House and forces President Jack Rutledge to publicly end the career of America's number one counter-terrorism operative. But when the tide in the war against terror suddenly turns against the West, the president has no choice but to bring Harvath back inside. Ducking a congressional subpoena, Harvath travels to Cyprus where he learns about a weapon called The Sword of Allah, which terrorists intend to use to rid all Muslim lands of Western infidels. As the layers of truth unfold, Harvath is a witness to realities more menacing than he ever could have imagined and must rely solely on his instincts to confront a new evil closing in on the United States. With his characteristic precision in describing military technology, high-voltage action, and sweeping international sensibility, Blowback is a supercharged story that is sure to thrill.

What should you read after Blowback Book? Here is a list of books to read if you read and loved Blowback

0
|   0  reviews
Did you read Blowback? Please provide your feedback and rating to help other readers.
Write Review