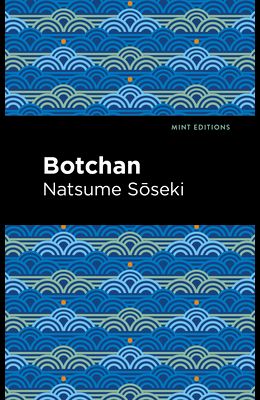 A modern classic in Japan on par with The Adventures of Huckleberry Finn or The Catcher in the Rye, Botchan is a very popular Japanese novel and still widely read decades after its first publication.

Botchan, a timeless Japanese novel written by Japan's most beloved novelist, Soseki Natsume, is now available in a revised edition featuring a new foreword by Dennis Washburn, Professor of Asian and Middle Eastern Languages at Dartmouth College. Prof. Washburn's foreword places the importance of both the author and the book into perspective for the modern reader. Botchan's story is a familiar one: the youngest son in a middle class Tokyo family, he is consistently in the shadow of his elder brother. With a practically nonexistent relationship with his family, Botchan finds himself cast adrift after both his parents die. Now on his own, Botchan drifts through college only to find himself thrust into a teaching job in the unfamiliar realm of a country school, far from Tokyo and the life he has known. Botchan's difficulty adjusting to his new life is eloquently described, from his nosy landlord to his students, who delight in tormenting the newcomer from the big city. Through it all, Botchen's life is threaded with his vacillating concern for Kiyo, the family servant he left behind who was the only person to give him love and understanding in his life. Regardless of where he goes or what he does, he is always trying to apply the lessons she taught him to his life.

What should you read after Botchan Book? Here is a list of books to read if you read and loved Botchan

0
|   0  reviews
Did you read Botchan? Please provide your feedback and rating to help other readers.
Write Review