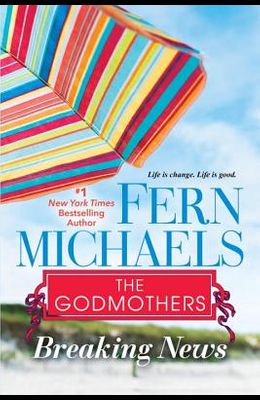 The best of friends, Toots, Ida, Mavis, and Sophie have been there for each other through thick and thin . . .

LIFE IS FUL OF SURPRISES

Teresa Toots Amelia Loudenberry has her quirks, but no one would ever question her loyalty. So it's no surprise when Toots decides to extend her stay in Charleston to help care for her ailing housekeeper. Though the Charleston air is drenched with azalea and honeysuckle, and there's always a pitcher of sweet tea close to hand, the ladies have little time for relaxing. Ida's new line of cosmetics is about to launch, and Toots, Mavis, and Sophie are relishing new careers as models. And Abby, Toots's daughter, is getting hitched. In the middle of so much change, Toots is almost too busy to notice her own unexpected romance. After eight husbands, she's sworn never to get involved again. But fate--and her friends--may have other plans. And every godmother, fairy or otherwise, loves a story that ends with happily-ever-after . . . Praise for Fern Michaels and The Godmothers Series Whoever thought the 'golden years' were boring never met the Godmothers.
--RT Reviews Michaels' engaging version of the Golden Girls.
--Booklist

The Godmothers Series In Order - By Fern Michaels

0
|   0  reviews
Did you read Breaking News? Please provide your feedback and rating to help other readers.
Write Review