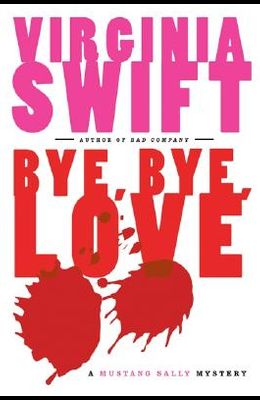 In the third book in Virginia Swift's acclaimed mystery series, Sally Alder, hailed by USA Today as Wyoming's version of TV's Jessica Fletcher or Agatha Christie's Miss Marple, is back with her colorful cohorts to investigate a bizarre murder.

Okay, it's embarrassing for a woman of her professional stature and self-image still to have a crush on singer Thomas Stone Jackson, a guy whose nickname derives from his legendary propensity for addictive substances. But when Jackson appears one day and asks college professor and sometime sleuth Sally Alder for a little help, she can't say no. Jackson is worried about his ex-wife, folksinger Nina Cruz.

It turns out his concern is justified when Nina is found shot to death in the snow-covered forest behind her house. While the sheriff's office believes Nina's death is most likely a hunting accident, Sally is unconvinced. It's up to her to get to the truth, as she uncovers a plot fueled by a twisted mixture of altruism and greed.

Praised by critics for her lively characters and surprising plot twists (Booklist), and good local color (Library Journal), Virginia Swift has once again created a fast-paced, clever tale of murder and mayhem, sure to keep readers on the edge of their seats.

0
|   0  reviews
Did you read Bye, Bye, Love? Please provide your feedback and rating to help other readers.
Write Review