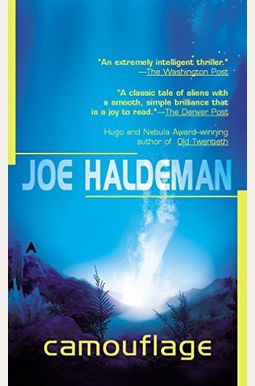 The artifact is found seven miles below the surface of the sea and beneath 40 more feet of sand. The Navy's efforts to raise a wrecked submarine uncover it and set in motion a scientific race to retrieve it, to discover just what it is and where it came from.

Denser than any substance known to man, it has broken every drill bit they've tried on it and will not budge an inch. It resists every effort to breach it or communicate with it. So the government turns to marine biologist Russell Sutton for help.

Meanwhile, unknown to any of them, two creatures have wandered the earth for generations. The aliens have no knowledge of each other, but possess a residual memory of the artifact and an affinity for deep water. One, which calls itself the changeling, has survived by adaptation, by taking on many different forms: man, woman, snake, shark. The other, which calls itself the chameleon, has survived solely by destroying anything or anyone that threatens it.

Now, finally brought up from the bottom of the sea, the artifact calls to them both.to come home. For all these generations there have been two invincible creatures on Earth. But the chameleon has decided there's only room for one.

A novel of human and inhuman nature, Camouflage will take you to the depths of the sea, to the limit of man's imagination and beyond.

0
|   0  reviews
Did you read Camouflage? Please provide your feedback and rating to help other readers.
Write Review