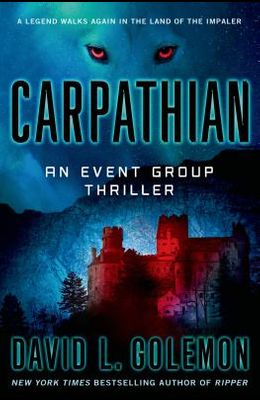 THE WORLD's most enduring MYSTERIES are about to be revealed.

Rumors of the seemingly magical victory that allowed the Exodus of Israelites from Egypt have resonated through the archaeological world for decades. However, new evidence has been discovered that points to an explanation of how the ancient Hebrews destroyed the unstoppable army of Pharaoh with a tribe of warriors who disappeared a generation later, after the destruction of the City of Jericho, taking with them the most valued treasures of a people without a homeland.

BUT WHAT LIES IN STORE FOR THOSE WHO LEARN THE TRUTH?

Today, a treasure of a different kind is unearthed at the lost ruins of Jericho--one that will change the history of God's Chosen People for all time: the petrified remains of an animal that could not exist. Enter the Event Group. Led by Col. Jack Collins, the Group's brilliant men and women gather to discover the truth behind not only the Exodus but also the magnificent animals that led the defeat of Pharoah's army. This thriller from David L. Golemon is a whirlwind race to save the most valuable treasure and artifacts in the history of the world from those who would destroy them, in which the Event Group is about to come face-to-face with an even greater enemy: the mythic and larger-than-life Carpathians--or as the area was once known, Transylvania, the land of Vlad the Impaler.

Sure to satisfy fans of The X-Files.--Publishers Weekly