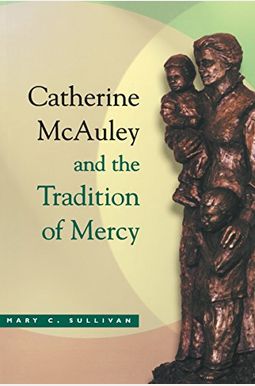 Catherine McAuley was born into a wealthy Dublin family in 1778. By the time she reached adulthood, she had witnessed the death of both parents and experienced considerable personal poverty. She then worked for twenty years as a companion for an elderly couple and, upon their deaths, received an unexpected inheritance.

Driven by a deep faith and pragmatic sense of charity, she opened, in 1827, an institution for unemployed and impoverished women. This proved to be the first step toward the foundation, in 1831, of the Sisters of Mercy, an order now established throughout the world, and in 1990, Pope John Paul I declared Catherine McAuley as Venerable.

The present volume, a collection of some of the most important writings by and about Catherine McAuley, includes letters, memoirs, and annals by many of the first Sisters of Mercy and McAuley's original manuscript of the Rule and Constitutions of the order, critically edited for the first time.

0
|   0  reviews
Did you read Catherine McAuley Tradition Mercy? Please provide your feedback and rating to help other readers.
Write Review

List of All Editions of Catherine McAuley Tradition Mercy