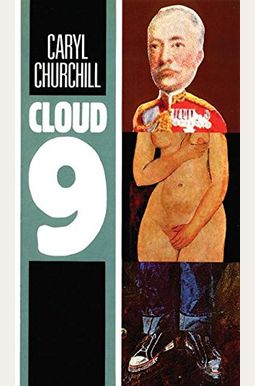 Sharp comedy and a serious purpose are splendidly combined in Cloud 9, Caryl Churchill's provocative and amusing study of sexual politics. It unlocks the imagination, liberates the mind, and leaves you weak with laughter. -Time Out

Audacious and savagely funny. Mesmerizing. -Washington Post Cloud 9 is about relationships - between women and men, men and men, women and women. It is about sex, work, mothers, Africa, power, children, grandmothers, politics, money, Queen Victoria and Sex. Cloud 9 premiered in London at the Royal Court Theatre in 1979, then was revived for a two-year run in New York City (1981). It has since been staged all over the world. Caryl Churchill has written for the stage, television and radio. A renowned and prolific playwright, her plays include Cloud Nine, Top Girls, Far Away, Drunk Enough to Say I Love You?, Bliss, Love and Information, Mad Forest and A Number. In 2002, she received the Obie Lifetime Achievement Award and 2010, she was inducted into the American Theater Hall of Fame.

0
|   0  reviews
Did you read Cloud 9? Please provide your feedback and rating to help other readers.
Write Review