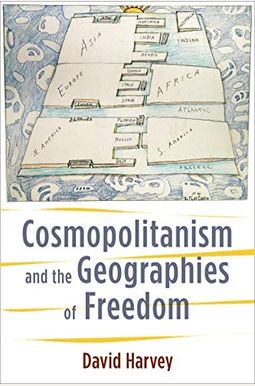 Cosmopolitanism And The Geographies Of Freedom

Liberty and freedom are frequently invoked to justify political action. Presidents as diverse as Woodrow Wilson, Franklin Delano Roosevelt, John F. Kennedy, Ronald Reagan, and George W. Bush have built their policies on some version of these noble values. Yet in practice, idealist agendas often turn sour as they confront specific circumstances on the ground. Demonstrated by incidents at Abu Ghraib and Guant namo Bay, the pursuit of liberty and freedom can lead to violence and repression, undermining our trust in universal theories of liberalism, neoliberalism, and cosmopolitanism.

Combining his passions for politics and geography, David Harvey charts a cosmopolitan order more appropriate to an emancipatory form of global governance. Political agendas tend to fail, he argues, because they ignore the complexities of geography. Incorporating geographical knowledge into the formation of social and political policy is therefore a necessary condition for genuine democracy. Harvey begins with an insightful critique of the political uses of freedom and liberty, especially during the George W. Bush administration. Then, through an ontological investigation into geography's foundational concepts--space, place, and environment--he radically reframes geographical knowledge as a basis for social theory and political action. As Harvey makes clear, the cosmopolitanism that emerges is rooted in human experience rather than illusory ideals and brings us closer to achieving the liberation we seek.

Frequently Asked Questions About Cosmopolitanism And The Geographies Of Freedom

0
|   0  reviews
Did you read Cosmopolitanism And The Geographies Of Freedom? Please provide your feedback and rating to help other readers.
Write Review

List of All Editions of Cosmopolitanism And The Geographies Of Freedom