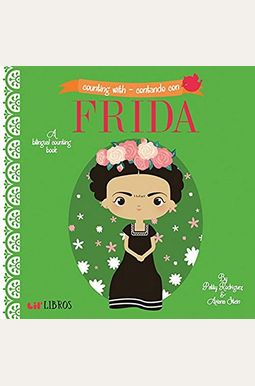 Introduce your little one to the life of one of Mexico's most iconic painters, Frida Kahlo, while teaching them their numbers, 1 to 10, in English and Spanish. Count una casa azul (one blue house), tres flores (three flowers), and cinco retratos (five portraits).

5
|   11  reviews
Did you read Counting With -Contando Con Fr? Please provide your feedback and rating to help other readers.
Write Review
12

List of All Editions of Counting With -Contando Con Fr