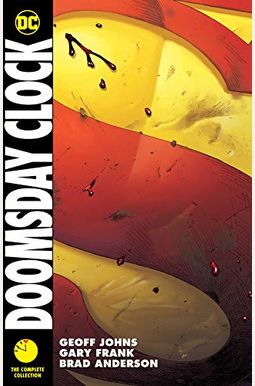 NOTHING EVER REALY ENDS. The world of Watchmen collides with the DC Universe in a story that rewrites the past, present, and future of comics

Dr. Manhattan, a near-omnipotent being from the Watchmen universe, has been using his powers to rewrite the DC Universe--reshaping some heroes' histories, erasing other heroes altogether, and playingwith the fates of the good and evil alike. But why? What does a godlike being from another worldstand to gain from the DC Universe? The mystery remains, but now that our heroes know they're being toyed with, what can they do to stop it? The clock is ticking. From Geoff Johns, Gary Frank, and Brad Anderson, the critically acclaimed team behind Shazam and Batman: Earth One, this collection includes the full groundbreaking 12-issue miniseries.

4
|   7  reviews
Did you read Doomsday Clock: The Complete Collection? Please provide your feedback and rating to help other readers.
Write Review
1

List of All Editions of Doomsday Clock: The Complete Collection