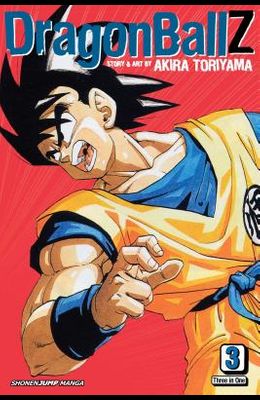 The ultimate science fiction martial arts manga - and one of the best-selling series of all time - Dragon Ball Z is the second half of Toriyama's touchstone saga, Dragon Ball. After years of training and adventure, Son Goku has become Earth's ultimate warrior, and his son, Gohan, shows even greater promise. But the strikes are increasing as even deadlier enemies threaten the planet - and means non-stop action

Gohan and Kuririn struggle to keep the last Dragon Ball from falling into Freeza and Vegeta's hands, but how will they fare against Freeza's Ginyu Force--a group of five of the strongest fighters in outer space? It could be that an unlikely ally will come to their rescue Dragon Ball Z comprises the second part of the acclaimed series Dragon Ball, which originally ran in Japan's Weekly Shonen Jump magazine from 1984 to 1995. Collected and published into 42 volumes, the series quickly became an international bestseller. (In the United States, volumes 1 through 16 were published as Dragon Ball, and volumes 17 through 42 as Dragon Ball Z.) Widely acknowledged as a landmark series, /Dragon Ball Z/ has been adapted into animated television series, movies, video games, toys and collectibles worldwide.