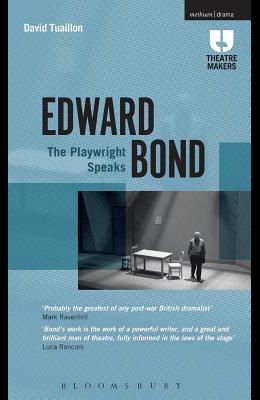 Over 50 years after his first appearance on the theatre scene, Edward Bond remains a hugely significant figure in the history of modern British playwriting. His plays are the subject of much debate and frequent misinterpretation, with his extensive use of allegory and metaphor to comment on the state of society and humanity in general leading to many academics, theatre practitioners and students trying - and often failing - to make sense of his plays over the years.

In this unique collection, David Tuaillon puts these pressing questions and mysteries to Edward Bond himself, provoking answers to some of his most elusive dramatic material, and covering an extraordinary range of plays and subjects with real clarity. With a particular focus on Bond's later plays, about which much less has been written, this book draws together very many questions and issues within a thematic structure, while observing chronology within that. Edward Bond: The Playwright Speaks is potentially the most comprehensive, precise and clear account of the playwright's work and time in the theatre to date, distilling years and schools of thought into one single volume. Published to mark the 50th anniversary of the first performance of Edward Bond's Saved at the Royal Court Theatre in 1965.

0
|   0  reviews
Did you read Edward Bond: The Playwright Speaks? Please provide your feedback and rating to help other readers.
Write Review

List of All Editions of Edward Bond: The Playwright Speaks