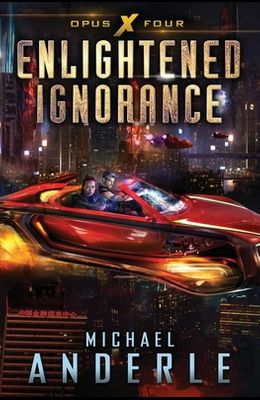 There is a reason Earth believes they are the pinnacle of advanced society.

The past is fraught with lies that could topple everything, sending humanity into a tail-spin.

Is it possible to uncover the truth Jia and Erik are searching for, without tearing apart the gossamer of ignorance and destroy the underpinnings of government?

Both want the truth - but is revealing the truth good for those around them?

Two years ago, a small moon in a far off system was set to be the location of the first intergalactic war between humans and an alien race.

It never happened. However, something was found many are willing to kill to keep a secret.

Now, they have killed the wrong people.

How many will need to die to keep the truth hidden?

As many as is needed.

He will have vengeance no matter the cost. She will dig for the truth. No matter how risky the truth is to reveal.

Go up and click Buy Now and prepare for the mystery that determined humanity's future.

An incredibly good fictionalized accounting of humanity's future, and what Lin and Blackwell uncovered that shook the foundations of both the powerful and the elite. - UFE Interstellar News.

0
|   0  reviews
Did you read Enlightened Ignorance? Please provide your feedback and rating to help other readers.
Write Review