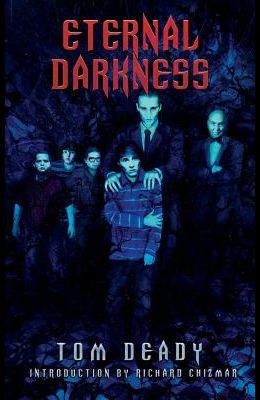 SOMEONE HAS MOVED INTO THE OLD BREWSTER PLACE

Ben Harris and his best friends Richie and Jack knew the stories about Old Man Brewster, what happened to his wife . . . and the flies. They had no idea why anybody would want to live there, but then they met Greg Lupescu, the new kid who had moved in. He looked strange, his father was never around, and he had this creepy butler named Karl. Soon, however, he became their close friend. SOMETHING IS KILING PEOPLE First, a young boy goes missing . . . Soon after, the boy's abusive deadbeat father is slaughtered . . . And his grieving mother burns to death in an unnatural fire . . . People are dying all over Bristol, Massachusetts and the boys are beginning to realize that it all started when the Lupescus moved to town. SOMETIMES YOU CAN'T FIGHT YOUR DESTINY Ben and little sister Eve can sense that a dark storm looms on the horizon threatening to engulf Bristol, and at its center stands his new friend. Can they all help Greg resist the sinister forces against him, or in the end will he choose to succumb and embrace an Eternal Darkness?

0
|   0  reviews
Did you read Eternal Darkness? Please provide your feedback and rating to help other readers.
Write Review