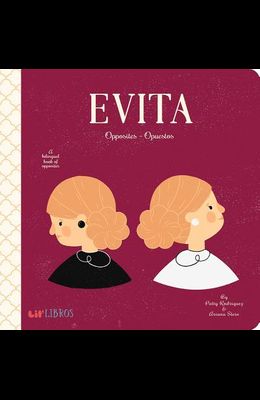 Introducing Spanish/English bilingualism, Lil' Libros encourage parents to read to their children at the earliest age--focusing on subjects they are familiar with, while making it fun and rewarding for both parent and child.

0
|   0  reviews
Did you read Evita: Opposites/Opuestos: Opposites - Opuestos? Please provide your feedback and rating to help other readers.
Write Review

List of All Editions of Evita: Opposites/Opuestos: Opposites - Opuestos