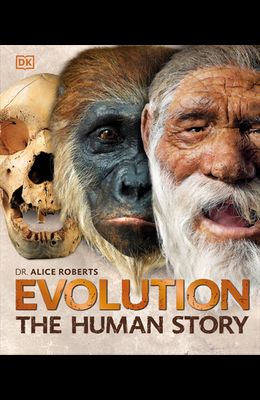 Fully updated with the latest discoveries and research, amazingly realistic illustrations and detailed maps plot eight million years of human development in the context of our genetics, anatomy, behavior, environment, migrations, and culture.

This unrivaled illustrated guide to human evolution brings you face-to-face with your ancient ancestors. Traveling back in time almost eight million years, the book charts the development of our species, Homo sapiens, from tree-dwelling primates to modern humans. Evolution investigates each of our ancestors in detail and in context, from the anatomy of their bones to the environment they lived in. Key fossil finds are showcased on double-page feature spreads. Detailed maps show where each species has been found and plot the gradual spread of humans around the world. The book has been fully updated to include the latest discoveries and research--including the newly discovered species Homo naledi--and presents the latest thinking on some of the most captivating questions in science, such as whether modern humans and Neanderthals interacted with each other. Written and authenticated by a team of acknowledged experts and illustrated by renowned Dutch paleoartists the Kennis brothers, Evolution presents the story of our species with unique richness, authority, and detail.

0
|   0  reviews
Did you read Evolution: The Human Story, 2nd Edition? Please provide your feedback and rating to help other readers.
Write Review

List of All Editions of Evolution: The Human Story, 2nd Edition