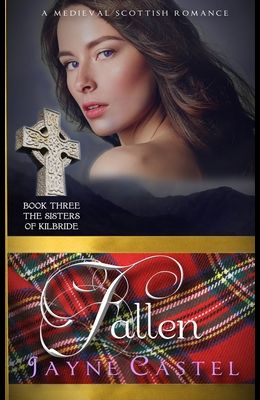 A woman running from her past. An outlaw determined to triumph over his. The twisted clan-chief who hunts them both. Redemption and healing wounded hearts in Medieval Scotland.

Sister Coira has a secret. She once worked in a brothel and was the favorite plaything of the MacKinnon clan-chief. But since fleeing the hardship of her old life, she has made a new one for herself-as a nun.

Unfortunately, the past has a way of catching up with you.

Coira's new identity is put in peril the day the leader of an outlaw band, turns up badly hurt at the abbey. The clan-chief has put a price on his head, and although she can't turn an injured man away, Coira knows his presence at Kilbride will put them all in danger.

Craeg MacKinnon has tainted blood. He's the clan-chief's bastard brother. Driven by vengeance, Craeg has become a thorn in his half-brother's side-stealing from him and giving his wealth to the poor.

Despite that she knows she shouldn't, Coira finds herself irresistibly drawn to the outlaw. Likewise, Craeg can't keep away from the enigmatic yet alluring healer who has saved his life-a woman who is forbidden to him.

But as the clan-chief closes in, and the Black Death ravages the Isle of Skye, both Coira and Craeg's lives will be changed forever.

FALEN is the heartfelt conclusion to The Sisters of Kilbride-a Scottish Medieval Romance series in 14th Century Isle of Skye, Scotland.

0
|   0  reviews
Did you read Fallen: A Medieval Scottish Romance? Please provide your feedback and rating to help other readers.
Write Review

List of All Editions of Fallen: A Medieval Scottish Romance