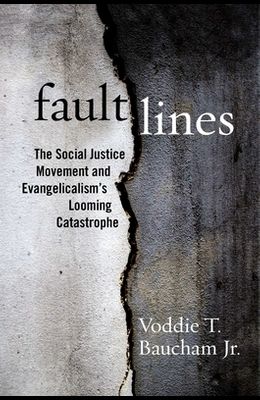 We are standing on shaky ground.

As a wave of violent riots protesting the death of a black man at the hands of police shook the nation in the summer of 2020, most Americans were shocked. Christians nationwide, eager to fulfill their God-given calling to bring peace and reconciliation, took to pulpits and social media in droves to affirm that black lives matter and proclaim that racial justice is a gospel issue. But what if those Christians, those ministers, and those powerful ministries don't know the whole story behind the new movement that's been making waves in their congregations? Even worse: what if they've been duped into adopting a set of ideas that not only don't align with the Kingdom of God, but stand diametrically opposed to it? In this powerful book, pastor, professor, and leading cultural apologist Voddie Baucham explains the sinister worldview behind the social justice movement and how it has quietly spread like a fault system, not only through our culture, but throughout the evangelical church in America. He also details the devastation it is already wreaking--and what we can do to get back on solid ground before it's too late. Whether you're a layperson who feels like you've just woken up in a strange new world and wonder how to engage both sensitively and effectively in the conversation on race, or a pastor who's wondering how to deal with increasingly polarized factions within your congregation, this book will provide the clarity and understanding you need to either hold your ground, or reclaim it.

0
|   0  reviews
Did you read Fault Lines: The Social Justice Movement and Evangelicalism's Looming Catastrophe? Please provide your feedback and rating to help other readers.
Write Review

List of All Editions of Fault Lines: The Social Justice Movement and Evangelicalism's Looming Catastrophe