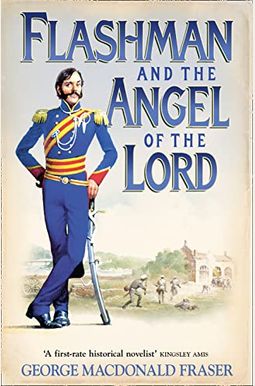 Flashman And The Angel Of The Lord From The Flashman Papers

The tenth installment in The Flashman Papers finds Captain Harry Flashman of Her Majesty's Secret Service in the antebellum South, where the irrepressible, globe-trotting Victorian becomes the target of blackmailing beauties. Evading danger, bedding women, and profiting from every opportunity, Flashman once again weasels his way into history, this time in John Brown's raid of Harper's Ferry, just before the Civil War. As a result of Flashy's letching, lying, cheating, and stealing on land, on sea, and on the rails, not only did John Brown become a martyr, Lincoln became president, and the nation plunged into a bloodbath.

0
|   0  reviews
Did you read Flashman And The Angel Of The Lord From The Flashman Papers? Please provide your feedback and rating to help other readers.
Write Review