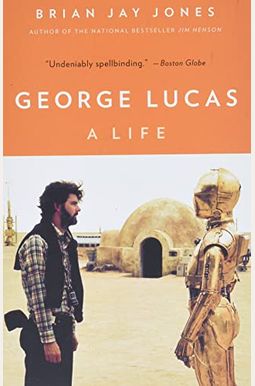 The definitive, undeniably spellbinding biography (Boston Globe) of the influential and beloved filmmaker behind Star Wars and Indiana Jones.

On May 25, 1977, a problem-plagued, budget-straining independent science-fiction film opened in a mere thirty-two American movie theaters. Conceived, written, and directed by a little-known filmmaker named George Lucas, Star Wars reinvented the cinematic landscape, ushering in a new way for movies to be made, marketed, and merchandised. Now it is one of the most adored--and successful--movie franchises of all time. Lucas went on to create the Indiana Jones series, transform the world of special effects, and forever change the way movies sound. His innovation and ambition forged some of today's most prominent companies, including Pixar, Lucasfilm, THX sound, and Industrial Light & Magic. This acclaimed biography brilliantly captures the life and times of a film icon whose influence is unmatched.
Packed with fun insider info, George Lucas is a whiz-bang tribute to a genius. --People

0
|   0  reviews
Did you read George Lucas: A Life? Please provide your feedback and rating to help other readers.
Write Review

List of All Editions of George Lucas: A Life