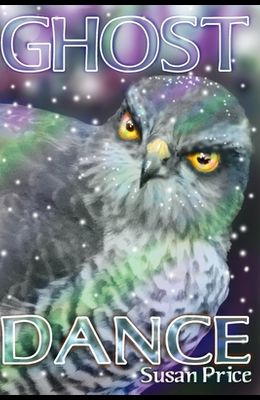 The young witch, Shingebiss, believes she can 'spell' the Czar and make him save her beloved Northlands from destruction.

In her innocence, she little understands that the Imperial Palace is a place of treachery and murder, ruled by a madman with a mind like 'a broken mirror, reflecting all things crookedly.'

At first the Czar takes Shingebiss for an angel, sent to him by God, and welcomes her. But none of her spells seem able to blunt his greed and cruelty.

Shingebiss has a rival at court who hates her -- the English wizard, Master Jenkins, who pretends to the Czar that he can summon demons.

Fearing that Shingebiss will unmask him, Master Jenkins plans to be rid of her. He tells the Czar that he can make him an Elixir of Immortality. The most potent ingredient is the blood of an angel.

The Czar orders the elixir made immediately.

Can Shingebiss save the Northlands? Can she save her own life?
An intense, Gothic fantasy

Susan Price is an acclaimed writer for young people. The first book in the Ghost World sequence, The Ghost Drum, won the prestigious Carnegie medal.

0
|   0  reviews
Did you read Ghost Dance: The Czar's Black Angel? Please provide your feedback and rating to help other readers.
Write Review

List of All Editions of Ghost Dance: The Czar's Black Angel