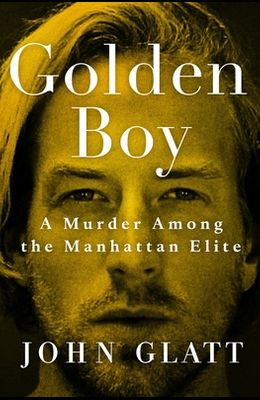 Golden Boy: A Murder Among the Manhattan Elite

By all accounts, Thomas Gilbert Jr. led a charmed life. The son of a wealthy financier, he grew up surrounded by a loving family and all the luxury an Upper East Side childhood could provide: education at the elite Buckley School and Deerfield Academy, summers in a sprawling seaside mansion in the Hamptons. With his striking good lucks, he moved with ease through glittering social circles and followed in his father's footsteps to Princeton. But Tommy always felt different. The cracks in his fa ade began to show in warning signs of OCD, increasing paranoia, and--most troubling--an inexplicable hatred of his father. As his parents begged him to seek psychiatric help, Tommy pushed back by self-medicating with drugs and escalating violence. When a fire destroyed his former best friend's Hamptons home, Tommy was the prime suspect--but he was never charged. Just months later, he arrived at his parents' apartment, calmly asked his mother to leave, and shot his father point-blank in the head. Journalist John Glatt takes an in-depth look at the devastating crime that rocked Manhattan's upper class. With exclusive access to sources close to Tommy, including his own mother, Glatt constructs the agonizing spiral of mental illness that led Thomas Gilbert Jr. to the ultimate unspeakable act.

Frequently Asked Questions About Golden Boy: A Murder Among the Manhattan Elite

0
|   0  reviews
Did you read Golden Boy: A Murder Among the Manhattan Elite? Please provide your feedback and rating to help other readers.
Write Review

List of All Editions of Golden Boy: A Murder Among the Manhattan Elite