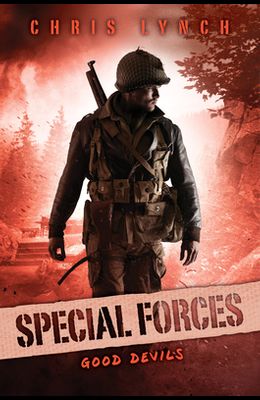 All the sizzle, chaos, noise and scariness of war is clay in the hands of ace storyteller Lynch. -Kirkus Reviews for the World War I series

Gabriel Greene is too young to join the military. But after the bombing of Pearl Harbor, he's too spitting angry not to. So Gabe and his sickly older brother, Dallas, hatch a plan. Gabe will stay behind in their isolated Pennsylvania home, while Dallas fights abroad--each brother taking the other's name.

It isn't long before Gabe's talent for fighting--and his anger issues--land him in trouble. But in this new kind of war, the Army has special use for soldiers as ferocious and tenacious as he is.

The First Special Service Force is an elite unit composed of American and Canadian troops. From the start, it's intended to go where other soldiers won't. Here, Gabe's training is anything but basic, including intense lessons in parachuting, hand-to-hand combat, skiing, and even how to eat bugs.

Gabe and his fellow commandos are eager to be unleashed. Soon, they'll get their wish.

List of All Editions of Good Devils (Special Forces, Book 3), 3