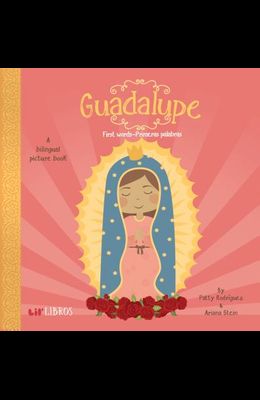 Inspired by Our Lady of Guadalupe, this book will introduce children to her story through pictures and their first English and Spanish words. Travel back to the 15th century when the Virgin of Guadalupe once appeared before Juan Diego. Your child will learn first words such as sandalias (sandals), luz (light), and jardin (garden).