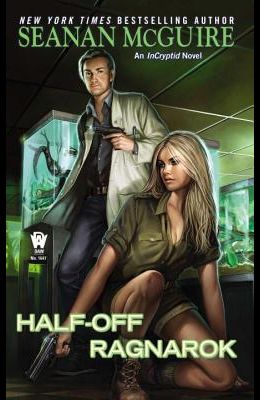 Book #3 in the InCryptid Series
by
Seanan Mcguire
$9.42
Select Format

The third book in New York Times-bestselling Seanan McGuire's witty urban fantasy InCryptid series about a family of cryptozoologists who act as a buffer between humans and the magical creatures living in secret around us.

Cryptid, noun: Any creature whose existence has not yet been proven by science. See also monster. Cryptozoologist, noun: Any person who thinks hunting for cryptids is a good idea. See also idiot. What do gorgons, basilisks, and frogs with feathers all have in common? They're all considered mythological by modern science, and some people are working very hard to keep them that way. Alexander Price is a member of a cryptozoological lineage that spans generations, and it's his job to act as a buffer between the human and cryptid worlds--not an easy task when you're dealing with women who has snakes in place of hair, little girls who may actually be cobras, and brilliant, beautiful Australian zookeepers. And then there's the matter of the murders. Alex thought he was choosing the easier career when he decided to specialize in non-urban cryptids, leaving the cities to his little sister, Verity. He had no idea what he was letting himself in for. It's a family affair, and everyone--from his reanimated grandfather to his slightly broken telepathic cousin--is going to find themselves drawn in before things get any better.

0
|   0  reviews
Did you read Half-Off Ragnarok? Please provide your feedback and rating to help other readers.
Write Review