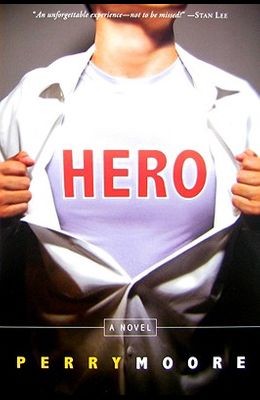 The last thing in the world Thom Creed wants is to add to his dad, Hal's, pain, so he keeps secrets. Like that he has special powers. And that he's been asked to join the League--the very organization of superheroes that spurned his father. The most painful secret of all is one Thom can barely face himself: he's gay.

But becoming a member of the League opens up a new world to Thom. There, he connects with a misfit group of aspiring heroes, including Scarlett, who can control fire but not her anger; Typhoid Larry, who can make anyone sick with his touch; and Ruth, a wise old broad who can see the future. Like Thom, these heroes have things to hide, but they will have to learn to trust one another when they uncover a deadly conspiracy within the League.

To survive, Thom will face challenges he never imagined. To find happiness, he'll have to come to terms with his father's past and discover the kind of hero he really wants to be.

Perry Moore's genre-busting tale of a teenager with human emotions and superhuman powers is a true original. --James Howe

Truly a groundbreaking novel, its dedication reads: For everyone. And indeed it is. --Lloyd Alexander

What should you read after Hero Book? Here is a list of books to read if you read and loved Hero

0
|   0  reviews
Did you read Hero? Please provide your feedback and rating to help other readers.
Write Review