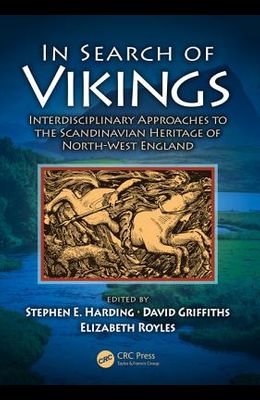 In Search Of Vikings: Interdisciplinary Approaches To The Scandinavian Heritage Of North-West England

The Viking Age lasted a little over three centuries, but has left a lasting legacy across Europe. These dynamic warrior-traders from Scandinavia, who fought and interacted with peoples as far apart as North America, Russia, and Central Asia, are some of the most recognizable historical figures in the western world. In the modern imagination they represent ruthlessness, heroism, adventurousness, and a unique prestige embellished by the wondrous tales and poetry of the sagas. Yet the sum of evidence for the Viking presence is far less clear than their reputation implies.

In Search of Vikings presents a collection of papers from experts in a broad range of disciplines, including history, archaeology, genetics, and linguistics, to provide a detailed understanding of the Vikings in peace and in war. This book focuses on one particularly exciting area of the Viking world, namely the north-west region of England, where they are known to have settled in large numbers. North-west England was the crossroads between Ireland, Scotland, Wales, the Isle of Man, and the Anglo-Saxon kingdoms. It was a battleground for distant powers and dynasties, and its Irish Sea coastline created opportunities for trading and settlement. Silver hoards, burials, and Old Norse place-names attest to the Viking presence, and Scandinavian DNA is detectable amongst the modern population. The 12 integrated studies in this book are designed to reinvigorate the search for Vikings in this crucial region and to provide must-reading for anyone interested in Viking history.

Frequently Asked Questions About In Search Of Vikings: Interdisciplinary Approaches To The Scandinavian Heritage Of North-West England

0
|   0  reviews
Did you read In Search Of Vikings: Interdisciplinary Approaches To The Scandinavian Heritage Of North-West England? Please provide your feedback and rating to help other readers.
Write Review

List of All Editions of In Search Of Vikings: Interdisciplinary Approaches To The Scandinavian Heritage Of North-West England