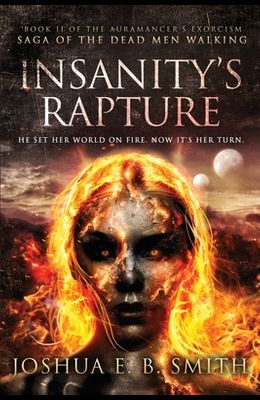 In life, the woman in his dreams had been a spy - a murderess, a liar, a fraud, and a thief. Sentenced to burn for her crimes, her screams have haunted his sleep since the moment she was set aflame.

Discontent with just tormenting his sleep, her restless spirit now haunts his every step, both a cruel whisper in his ear and a vile vision in his sight as she heralds the arrival of a demonic plague that Akaran is powerless to stop.

But while she twists his soul into shreds, another killer has turned the streets of Basion City into their private playground. No place is safe - not Medias Manor, not the Repository of Miral, and not even the Temple of Stara. As more people go missing and the bodies pile up, a bloody war in the underworld threatens to spill out of the darkness and into the light.

As both the city and Akaran's mind descend into chaos, only insanity offers rapture.

0
|   0  reviews
Did you read Insanity's Rapture? Please provide your feedback and rating to help other readers.
Write Review